After last year’s record-breaking success of Kristof Kintera’s exhibition at Galerii Rudolfinum, the artist is pleased to present an entirely new series of drawings and objects at Galerie Zdeněk Sklenář in Litomyšl. The original exhibition entitled I’m a Piece of Stick Painted White (which also happens to be the title of one of the exhibited artworks), installed by the artist himself, presents a series of new drawings as well as nine objects, some of them created by Kintera especially for this exhibition. These include, for instance, one of his works from the cycle Nervous Trees, in which Kintera, in an ecological reflection on the state of the planet, sets one of his objects – specifically, a tree – in motion. Other new works that will be exhibited include an object reminiscent of a flag with the caption “Humility”, and a sculpture epitomising a Christmas tree.

Much as he did in the case of the exhibition at Galerie Rudolfinum, even here Kintera intentionally disturbs the identity of the place in an invasive manner, giving the gallery space a new character. 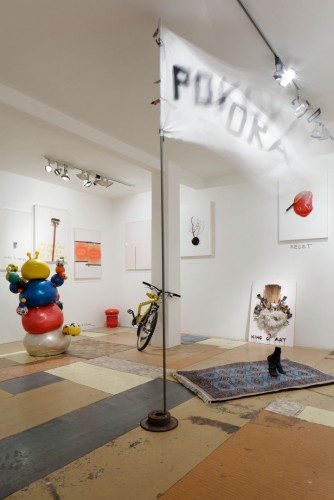 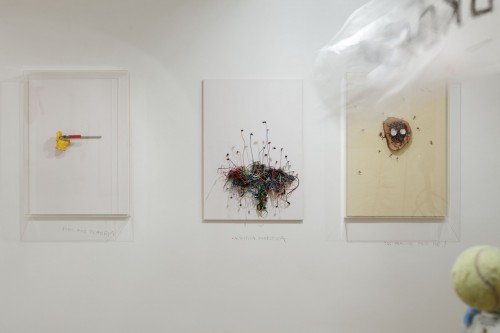 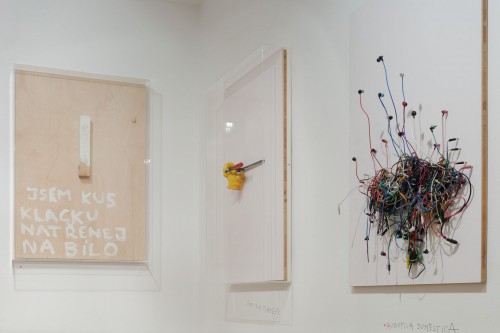 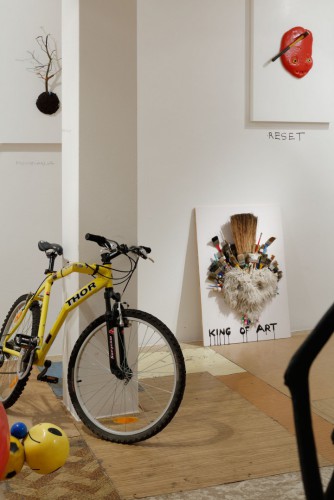 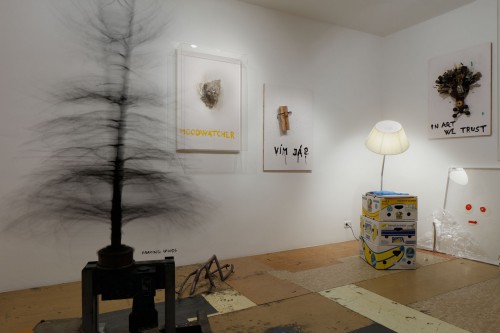 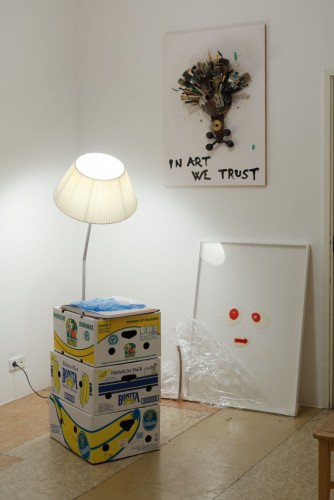 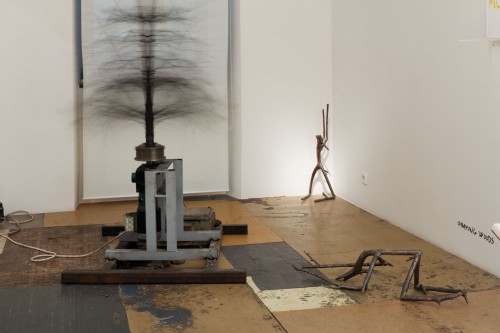