Prince Kung´s Palace Museum, Beijing
The exhibition is a part of the celebration of the hundredth anniversary of the establishment of the Czechoslovak state.

H. E. Mr. Bedřich Kopecký, Ambassador of the Czech Republic to China
Mr. Wang Yi, Artist and Critic
Ms Zhao Yan, the Director of Beijing Times Art Museum
Mr. Zdeněk Sklenář, the Director of Galerie Zdeněk Sklenář
Ms Helena Sklenářová, the Founder of Zdeněk Sklenář Foundation
Ms Axinnaer, CEO of the China Nebula Group
have the pleasure of inviting you to the official opening of the exhibition at Prince Kung´s Palace Museum on 13 June at 6 pm.


The artwork of Zdeněk Sklenář is being honoured yet again – Prince Kung’s Palace and the Times Art Museum in Beijing, in collaboration with Galerie Zdeněk Sklenář and under the patronage of the Embassy of the Czech Republic in Beijing have organised the exhibition Zdeněk Sklenář Solo Exhibition. Specifically, the exhibition presents a selection of the graphic works made by the painter, graphic artist, and illustrator Zdeněk Sklenář (1910–1986), whose artworks are clearly linked with Chinese culture and art.

Professor Fan Dian, who organised the extensive exhibition Zdeněk Sklenář’s China at the National Gallery of China (NAMOC) in 2009, says the following about the artist and his artworks: “Zdeněk Sklenář was able to creatively and ingeniously incorporate his Chines experience in his oeuvre and increase its value. It is specifically in his Chinese illustrations that we find many formal Chinese elements, shapes, symbols, motifs, and stylisation; however, the style and the techniques used are typically Sklenář’s, not Chinese. In his graphic works, I see the European tradition as I know it. Nevertheless, what is most important is that, as a modern artist, he creates a very modern work of art through the ingenious linking of elements from both traditions.”

The current exhibition is primarily a retrospective of Sklenář’s graphic works, and 62 of the 110 prints that Sklenář created over the course of his life are on display. Also included are fourteen of the original illustrations the artist made for the well-known book The Monkey King, which were a part of the exhibits at the Czech pavilion at EXPO 2010 in Shanghai, where they were seen by millions. This attention has earned Zdeněk Sklenář the soubriquet “the 73rd transformation of Sun Wukong, the Monkey King”, and he has become a symbol of the new image of The Monkey King, a Chinese national hero who   has successfully mastered 72 transformations.

Jiří Příhoda designed the exhibition installation, and a number of accompanying events have been planned.

Tens of thousands people came to see the exhibition at the Prince Kung Palace, confirming that there is growing interest in Zdeněk Sklenář’s art even beyond the borders of the Czech Republic. 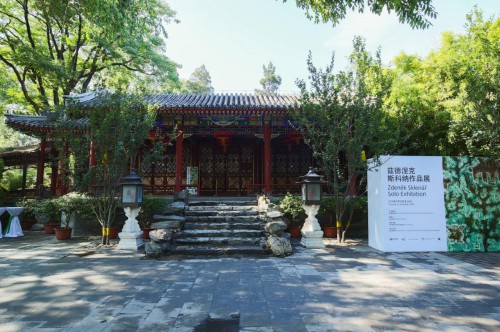 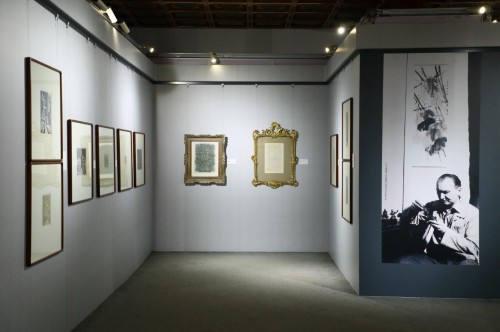