The exhibition has been extended until Saturday, 7 September 2019; Summer Opening Hours Thu–Sat 1–6 pm


FREE GUIDED TOURS in Czech Language
We cordially invite you to join Zdeněk Sklenář as he leads you through the exhibition
25 May and 13 July 2019 from 11 am
Due to great interest and limited capacity, please confirm your participation by sending an email at least 5 days before the event starts: event@zdeneksklenar.cz


The Galerie Zdeněk Sklenář Special Edition of Original Prints, published under the title 27 Lines is dedicated to the most important artists of the times they live in.
At this time, I would like to introduce the Chinese artist Wang Guangyi, with whom I had the pleasure of creating three rare prints in 2017.
Album of three fourteen-colour serigraphs, 2017; 80 x 120 cm; limited edition print run of forty standard copies and twelve artist's copies, all numbered and signed by the artist (1/40–40/40 and I/XII–XII/XII); printed by Wang Guangyi at Sanban Studio, Beijing China
Zdeněk Sklenář


The path an artist chooses knows no shortcuts. It is fate. For me, art is something like a religion. I do not even believe in anything else.
Wang Guangyi, in an interview with Petr Volf, 2018

Wang Guangyi (born in 1957) is a contemporary Chinese artist, and one of the leaders of the new art movement that appeared on the Chinese scene after 1989. His series of paintings entitled Great Criticism, ranked as one of the best-known phenomena of present-day Chinese art, interlinks Chinese
and Western symbols. The artist is of the opinion that both political and commercial propaganda are forms of brainwashing.
In 2007, he stopped working on his Great Criticism series of paintings, because he felt his international success could compromise the original meaning of these artworks.

Petr Volf's publication, covering the story behind the birth of these unique prints, will be published during the course of the exhibition. The publication includes the production of a documentary film directed by Martin Dostál, presenting an eyewitness account made in the immediate presence of this Chinese master. 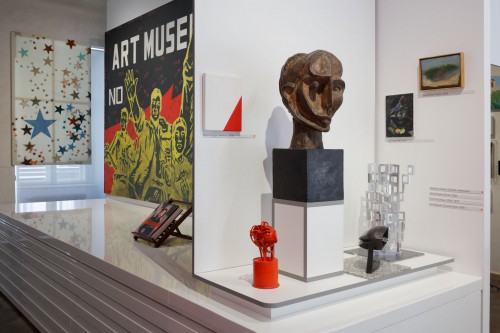 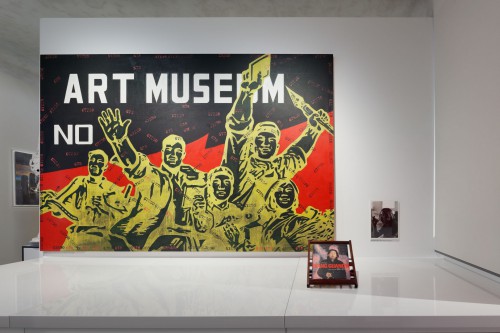 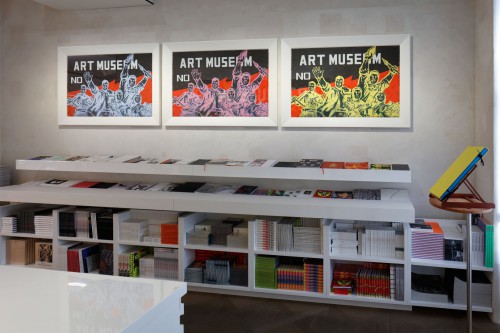