Foyer kina Světozor Praha
This, the fourth exhibition of posters by this legend of this artistic discipline, presents almost sixty of Zdeněk Ziegler’s film and theatre posters from the Terry’s Socks collection. It is conceived as a tribute to celebrate the artist’s ninetieth birthday, and leads the viewer along a path from the first poster Ziegler made in 1963 for Jaromil Jireš’s film The Cry to his theatre posters from the 1990s. His most famous posters – for Alfred Hitchcock’s Psycho, Jean-Luc Godard’s Contempt, and Karel Zeman’s The Stolen Airship and On the Comet – are of course included. 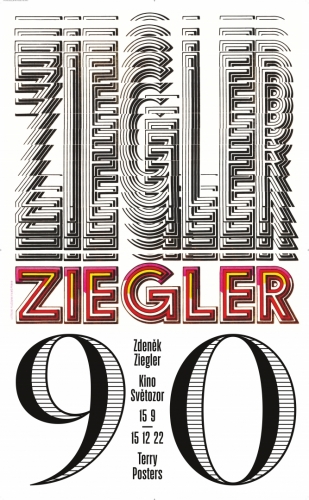